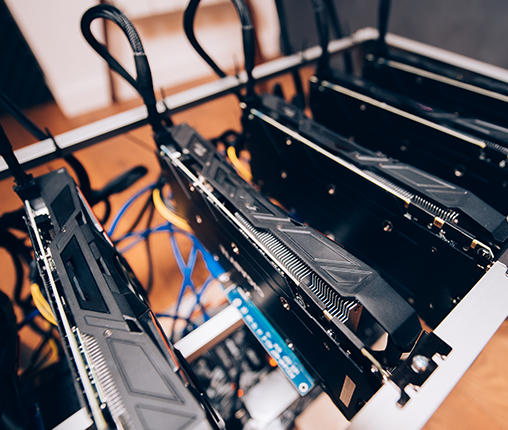 VANCOUVER, British Columbia, Feb. 26, 2018 (GLOBE NEWSWIRE) — Neptune Dash Technologies Corp. (“Neptune Dash” or the “Company”) (TSX-V:DASH) is pleased to announce that, through a wholly-owned subsidiary named Neptune Stake Technologies Corp. (“Neptune Stake”), it has commenced incubating a proof-of-stake mining operation that will mine Ethereum, Cardano, EOS, NEO and NEM, among other digital tokens.

Blockchain mining can be completed using proof-of-work or proof-of-stake protocols.

Proof-of-work is a computer algorithm that is used by a number of different cryptocurrencies for block generation, allowing blocks to be accepted by network participants. Proof-of-work is used by cryptocurrencies such as Bitcoin and others and is designed to create decentralized agreement between different nodes around adding a specific block to the blockchain. Proof-of-work protocol requires miners to solve extremely complex and computationally intense mathematical problems in order to add blocks onto the blockchains. This process produces a specific kind of data that permits verification of the block, but is time consuming and extremely energy intensive to produce.

The advantages of using of proof-of-stake mining include:

“While the Company did not originally plan to invest in mining, the establishment of our subsidiary to study these opportunities was the result of blockchain developments that we could not ignore. Our new subsidiary creates a unique platform through which these opportunities can be pursued and enables Neptune to scale aggressively with multiple coins in this new asset class,” stated Cale Moodie, President and CEO of Neptune.

The Company believes that it is the first public company, through its wholly-owned subsidiary Neptune Stake, to use proof-of-stake mining in Canada and that Neptune Stake may develop into an independent and viable entity on its own with a unique business model from Neptune Dash. In that case, the Company may consider reorganizing its business by way of a spin-out of Neptune Stake to its shareholders through a plan of arrangement to be completed in 2018. Neptune believes this proposed transaction would build shareholder value by offering investors direct leverage to cryptocurrency prices within a diversified operational company. The completion of such plan arrangement and any listing of Neptune Stake will be subject to regulatory approval, the approval of shareholders and the Supreme Court of British Columbia.

It is anticipated that Neptune Stake will be led by an accomplished blockchain team that is largely independent from Neptune. Additional information on the management team of Neptune Stake is forthcoming.

This news release contains “forward-looking information” within the meaning of applicable securities laws. Generally, any statements that are not historical facts may contain forward-looking information, and forward-looking information can be identified by the use of forward-looking terminology such as “plans”, “expects” or “does not expect”, “is expected”, “budget”, “scheduled”, “estimates”, “forecasts”, “intends”, “anticipates” or “does not anticipate”, or “believes”, or variations of such words and phrases or indicates that certain actions, events or results “may”, “could”, “would”, “might” or “will be” taken, “occur” or “be achieved”. Forward-looking information includes, but is not limited to the viability of proof-of-stake mining, commencing the mining of Ethereum, EOS and Cardano, that Ethereum, EOS and Cardano will proceed with protocol implementations that include proof-of-stake mining the spin-out of Neptune Stake, shareholder, court and regulatory approval for any spin-out of Neptune Stake; the Company’s projected asset allocations; business strategy and investment criteria; corporate governance standards applicable to cryptocurrencies; the rate of cryptocurrency adoption and the resultant effect on the growth of the global cryptocurrency market capitalization. Factors that could cause actual results to differ materially from those described in such forward-looking information include, but are not limited to, the construction and operation of proof-of-stake mining may not occur as currently planned, or at all; the digital currency market; the Company’s ability to successfully operate Neptune Dash and Neptune Stake and securely custody digital asset coins; revenue of the Company may not increase as currently anticipated, or at all; the Company may not be able to profitably liquidate its current digital currency inventory, or at all; a decline in digital currency prices may have a significant negative impact on the Company’s operations; the volatility of digital currency prices; and other related risks as more fully set out in the Listing Application of the Company dated January 15, 2018.